Until this project, it was impossible to read the South African Constitution online in nine of the country’s eleven official languages. This means that many African-language speakers across the country were not able to read their constitution in their own language. 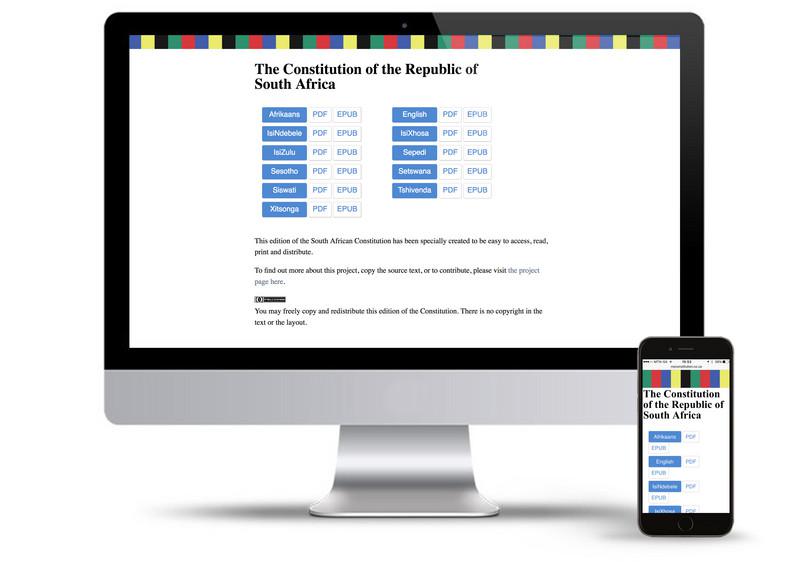 In partnership with the CSIR we created a public-domain version of the Constitution in all eleven official South African languages, optimised for mobile phones and cheap printing.

Using the CSIR’s ground-breaking text-to-speech technology, we also prototyped making it possible for illiterate and visually impaired South Africans to listen to their Constitution, too. We hope to find new funding to continue this effort in future.

Since we’ve produced the text under a public-domain licence, others are free to reuse our versions for their own projects.