Survive the Century is a book and a game: on every page, your choices determine how the story unfolds, and whether humanity survives till 2100.

For this innovative publication, award-winning author Sam Beckbessinger worked with an international team of scientists and writers to tackle a pressing problem: a feeling among young people that the battle against climate change is lost. They wanted to show, in a fun and engaging way, that it’s possible to shift the zeitgeist, and to make a difference before it’s too late. 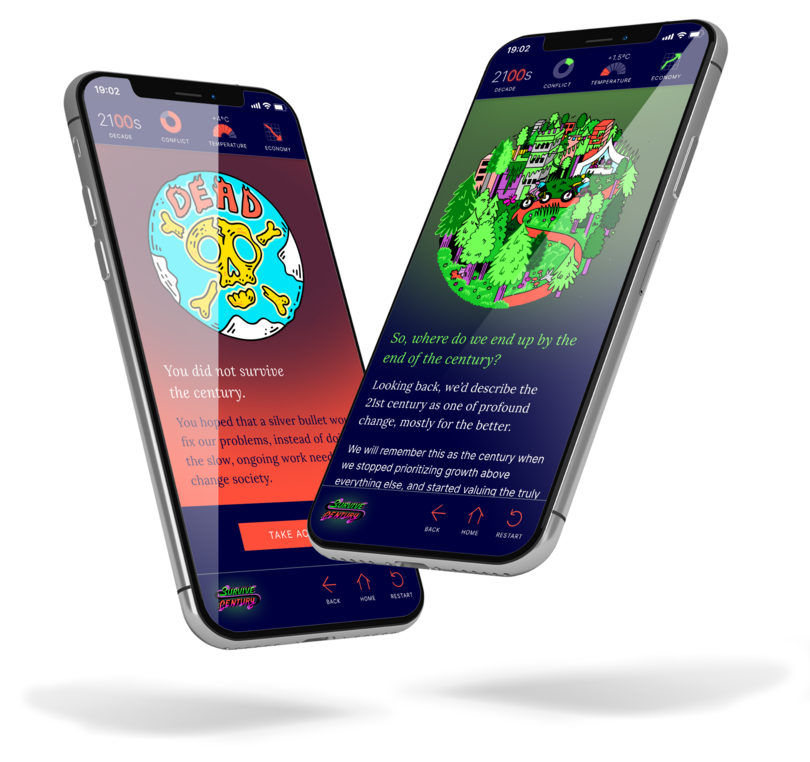 As the reader, you play the editor of the world’s most influential news site. Your decisions – about what and who to publish – shift the way people think around the world. Your decisions will determine humanity’s fate. The story is fun and irreverent, while staying firmly rooted in sociology and climate science.

After spending months crafting the branching narrative, Sam teamed up with Electric Book Works to turn it into a beautiful, slick web app. From the start, we wanted it to feel more like a game than a website, and to have the immersive quality of a book.

For each project, we recruit specialists who will contribute something special alongside our in-house team. Sam had already collaborated with illustrator Annika Brandow, whose bold, bright comic style would give readers a strong first impression, and sustain a sense of levity in the face of some scary futures. 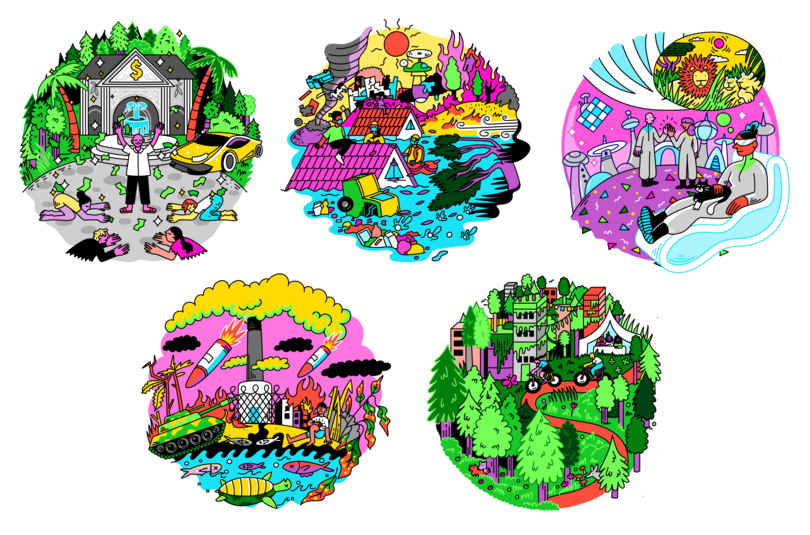 To refine the text we brought in Louis Greenberg, a world-class copy-editor and a best-selling novelist himself.

And for the visual design, we worked with our long-time collaborator Karen Lilje. Read her own write-up about this project for more about her process. 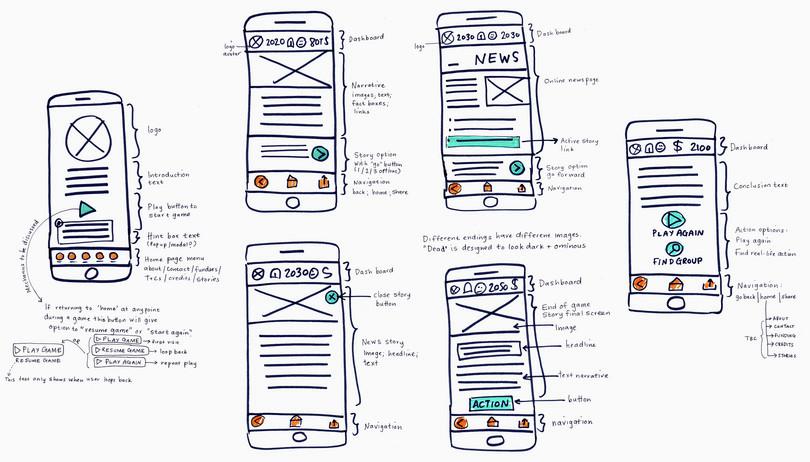 Our team worked with Karen and Sam on the user experience, sharing sketches and draft designs till we had full mockups for our dev team to work from. From there, we could turn the text and design into code, and a fully functional web app.

Throughout the project we’ve been looking forward to turning Survive the Century into a printed book, too. That project is in its early stages, as the team lines up further funding. We hope that before long you’ll be flipping through it yourself, your place-holding fingers stuck in its pages as you try to avoid global catastrophe, and see humanity through its next eighty years.